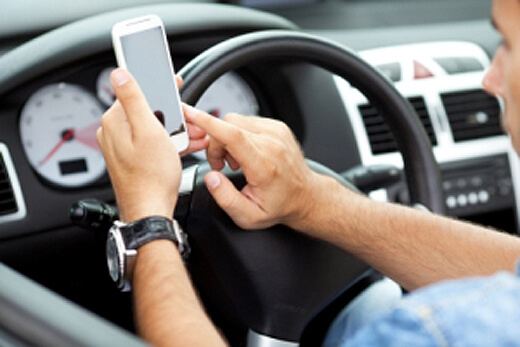 Posted at 17:35h in Car Accidents by Sarah Avant

The next time you’re tempted to make a phone call while you’re behind the wheel, remember this. Dialing while driving increases the risk of a crash or near-crash more than any other sort of distraction.

That’s one of the findings of a special report published in the New England Journal of Medicine. Other dangers identified in the report include:

These conclusions were reached by researchers who tracked the study. GPS systems, radar, four cameras, accelerometers and other equipment was installed into the vehicles of 42 drivers with freshly minted licenses and 109 others who had been driving for an average of 20 years. Study volunteers drove around in their gear-laden cars for 12 to 18 months. (The data on the experienced drivers was collected in 2003 and 2004. This was before texting became prevalent. The novice drivers were tracked between 2006 and 2008.)

During the months studied, the drivers got into a total of 73 crashes. 31 among the novices. 42 involving the larger group of experienced drivers. The researchers recorded another 612 near-crashes. A near crash is defined as “any circumstance requiring a last-moment physical maneuver that challenged the physical limitations of the vehicle to avoid a crash for which the driver was at fault or partially at fault.” Crashes and near-crashes involving drowsy drivers or drivers who were under the influence of drugs or alcohol were not included in the analysis.

Not surprisingly, the novice drivers got into more trouble than their more seasoned counterparts when they tried to do something other than focus on the road ahead.

For the experienced drivers, the only activity that increased the risk of a crash or near-crash risk was dialing while driving. That made drivers 2.49 times more likely to get into trouble behind the wheel, according to the study results.

The researchers also discovered that the more experience the novice drivers logged, the more likely they were to do something other than focus on the road ahead when they were behind the wheel. This might because they become more confident in their driving abilities, the researchers speculated.

“Anything that takes a driver’s eyes off the road can be dangerous,” study author Bruce Simons-Morton of the National Institute of Child Health and Human Development said in a statement. “Our study shows that distracted driving practices are especially risky for novice drivers, who haven’t developed sound safety judgment behind the wheel.”

Parents can help their teen drivers by setting a good example and making sure they don’t dial or text when they’re driving themselves, Simons-Morton said. They should also “let their children know that they should wait until the vehicle is stopped before taking a call — even when it’s from mom or dad,” he added.

If you or a loved one has been injured in a wreck due to distracted driving, you need an attorney. Call the Law Offices of L. Clayton Burgess to schedule a FREE case evaluation. Our car wreck attorneys have experience in accidents caused by distracted driving. Don’t Delay, Call Clay!