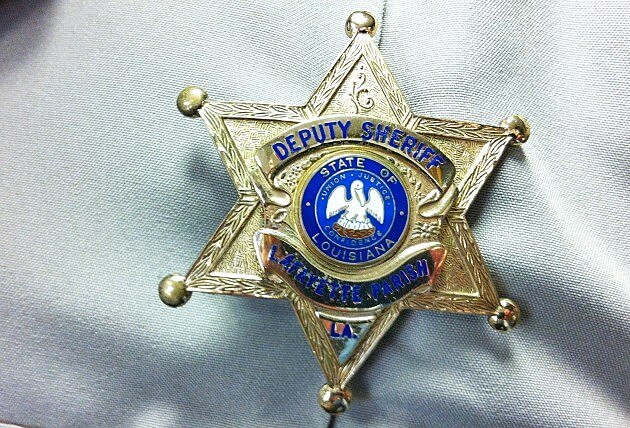 Michael McSheffrey, 34, and Brandon Gallien, 29, are charged with second-degree battery and malfeasance in office. Charges stem from the April 8 incident that hospitalized Jason Brungardt, while he was an inmate at the Lafayette Parish Correctional Center.

Authorities say two other former deputies are involved in the incident. Adrian Theriot, of Duson, and Scarla Celestine, of Lafayette, have not been charged.

All four deputies involved were fired three weeks after the episode. They were arrested in June and booked on counts of second-degree battery and malfeasance in office.

As of late Wednesday, no attorney had enrolled to represent either McSheffrey or Gallien in their cases. The arraignments is set for March 24, and both men face up to 13 years in prison and up to $7,000 in fines.

It’s unclear how long the deputies had been working for the Sheriff’s Office when the incident occurred. Capt. John Babin, a Sheriff’s Office spokesman, was not available Wednesday afternoon for comment.

McSheffrey and Gallien are accused of using excessive force against Brungardt while Celestine and Theriot watched without intervening. State Police, are investigated the matter upon Sheriff Mike Neustrom’s request.

Brungardt was hospitalized for three days with four fractured ribs and a punctured lung following the incident. He filed a federal lawsuit in September seeking damages from the former deputies and Neustrom.

“We have full faith in our new district attorney to properly handle the prosecution of the two deputies in their criminal matter.” Clayton Burgess, the Lafayette attorney representing Brungardt in the lawsuit, said Wednesday afternoon.

Brungardt, has been listed as a fugitive since he missed arraignments in both July and October in the event that sent him to jail April 7.

Burgess isn’t enrolled as Brungardt’s attorney in the criminal matter. He said Wednesday he wasn’t aware of the outstanding warrant for his client. “We would never purposely evade a judicial proceeding,” he said.

Brungardt was jailed April 7 on accusations that he beat a woman and attacked her with a knife. He is charged on counts of second-degree battery, aggravated assault with a dangerous weapon and marijuana possession. Additionally, with a count of self-mutilation by a prisoner for allegedly inflicting injury upon himself while jailed.