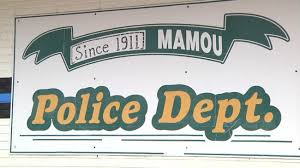 LAFAYETTE — A former radio dispatcher with the Mamou Police Department has filed a federal misconduct lawsuit against the city’s police chief alleging she was arrested without a warrant in May 2011 and held in the town’s jail for three days without food, running water and access to her respiratory inhaler.

Pamela Manual names Chief Greg Dupuis, Detective Marie Potter and the town of Mamou as defendants in the misconduct suit, which was filed Friday.

The suit says Manual participated in an investigation that resulted in Dupuis’ removal from office while she was employed by Dupuis as a radio dispatcher. She also sued the chief for her wrongful termination.

Dupuis was convicted of malfeasance in office for improper record-keeping. He later had the felony conviction expunged from his record and his conviction dismissed, which allowed him to run and be re-elected to office in 2004.

In the suit, Manual alleges she was not allowed to use her respiratory inhaler or any of the other medications she takes for chronic obstructive pulmonary disease and asthma while incarcerated in the jail on allegations of cyberstalking.

The suit says that at one point, Manual begged Detective Marie Potter for help, and as a result, the detective sprayed all of Manual’s medication from her inhaler into the air outside of her cell in full view of Manual.

“Detective Potter then threw the empty inhaler at Manual, who was on the floor in the cell said ‘Die Bitch’ to the plaintiff,” the suit says.

The misconduct suit further alleges that Manual was forced to use a non-working toilet in her cell, in full view of other male inmates outside her cell.

Two days into her incarceration on May 6, Manual fainted from low blood pressure and dehydration and was rushed to the hospital in an ambulance to be treated for her injuries, the suit says. She was allowed to go home afterward, but was re-arrested May 17 on the same charges, the suit says.

The cyberstalking charges were later dropped but Manual’s probation from an unrelated conviction was revoked and she was sent to prison for eight months, according to the suit.

The suit does not provide details of Manual’s previous conviction and her attorney, L. Clayton Burgess, was out of town and unavailable for comment Monday.

The suit alleges that the officers named as defendants acted “with deliberate indifference to the complainant’s basic human needs and right to medical care.”

Dupuis says he has not been served with the suit.

“I don’t know anything about it,” Dupuis said Monday, declining further comment.

In a separate case, Dupuis and three of his officers are currently being sued in federal court by Bobby Simmons, a 27-year law enforcement officer who alleges he was handcuffed, arrested and held overnight for criticizing Dupuis.

That suit states that Simmons was arrested on a charge of criminal defamation shortly after he sent an email to the Ville Platte Gazette inquiring as to why the paper had not published a story about the alleged arrest of Dupuis.

Following a motion by the defendants to dismiss the case, a U.S. district judge ruled in March that the town and its officers relied on an unconstitutional statute, withheld relevant facts and evidence from a judge and misrepresented other facts in order to obtain an arrest warrant against Simmons in May 2008.

The defendants have appealed that decision to the U.S. Court of Appeals for the Fifth Circuit.