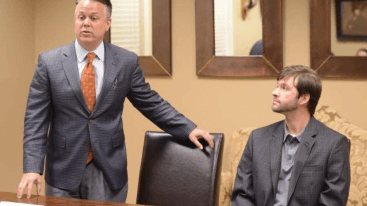 Iberia Parish sheriff’s deputies arrested Latiolais, 48, following an investigation into an allegation that she molested one of her 15-year-old students about 10 years ago, Iberia Parish Sheriff’s Capt. Ryan Turner said in a news release. Investigators said the “sexual encounters” continued over a period of years, Turner said.

Latiolais was booked into the Iberia Parish Jail on Friday and released the same day on $35,000 bail, according to jail records.

LeBourgeois read from a prepared statement during a news conference Monday afternoon in the office of his attorney, L. Clayton Burgess.

“The ongoing victimization has impacted my life and that of my family in ways that are truly unspeakable,” LeBourgeois said. “It is a breach of trust when adults in an authoritative role, such as that of Paula Latiolais at Catholic High School, prey upon children, use their position to manipulate, avoid detection and victimize children.”

He encouraged schools and organizations, including Catholic High-New Iberia, to examine their abuse-reporting protocol and create a way for parents and children to report incidents anonymously.

LeBourgeois did not answer questions from the media.

Burgess confirmed that LeBourgeois reported Latiolais to the Iberia Parish Sheriff’s Office recently. He could not provide any other details about the abuse or investigation.

Burgess said that while he’s LeBourgeois’ attorney, he has not filed any civil suit pending the outcome of the Sheriffs’ Office’s investigation.

“Part of the healing process sometimes is to come forward and make a statement,” Burgess said before LeBourgeois made his statement.

Efforts to reach Latiolais on Monday were unsuccessful.

Her employment history at Catholic High-New Iberia was not available Monday. The school’s offices are closed for the Thanksgiving break.

To read the court filing document and more about the Law Office of L. Clayton Burgess’ case against Mrs. Latiolais, click here.

Molestation is a serious offense. If you need a sexual harassment attorney, call the Law Offices of L. Clayton Burgess. Schedule a free consultation with our skilled attorneys.