Infant Withdrawal from Mother’s Vicodin® Use

Vicodin® is a Pregnancy Category C drug. Physicians may prescribe these drugs to pregnant women if they feel that the benefits of this drug outweigh the risks. Infant withdrawal symptoms include: 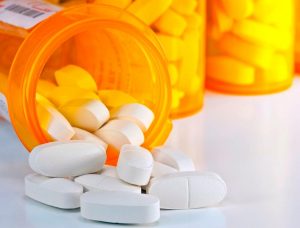 Because the hydrocodone in Vicodin®/Lortab is an opioid, it presents a possible risk of birth defects, including heart defects. Some researchers believe that despite the lack of clear evidence, babies whose mothers take the drug while pregnant are at risk for certain birth defects.

For example, a major study from the U.S. Centers for Disease Control and Prevention (the CDC) in 2011, found babies of women who were taking an opioid such as Vicodin®/Lortab in the first trimester have 2 times the risk of:

If you or your child has injuries because of a dangerous drug, contact The Law Offices of L. Clayton Burgess today!