In 2002, a mother and her two children were driving back home through St. Martin Parish. It was around dusk and a farmhand had parked a road-scraper facing oncoming traffic. Unfortunately, there were no lights turned on in the vehicle, nor road cones, or other warning devices. The family car collided into the scraper head-on.

The mother sustained soft tissue injuries to the neck and chest. Despite being in seat belts, the two children in the backseat had more serious injuries. They flew forward with the impact of the crash and bumped their heads together. Both children had cuts to the face and broken noses. The more seriously injured child had a broken eye socket and abdominal trauma. The other child had swelling so severe that his head was almost twice it’s normal size.

The mother recovered, but did have some residual neck pain that lingered after treatment. The older child recovered well following a nasal surgery. The youngest needed three abdominal surgeries for internal injuries. They also had a nasal surgery, and needed a final surgery to repair their eye socket. Though the surgeries were successful, the younger child began to have problems learning at school and suffered permanent double vision from the eye injuries. In total, the three family members had $90,000 worth of medical bills.

The case initially went to settlement offers, but neither party was willing to agree to any of the settlement amounts. From there it went to trial with a jury and a judge. During the trial, it emerged that the farm worker had no license to operate farm equipment. He had also been driving farm equipment while on a suspended driver’s license for over three years.  Witness testimony established that the lights on the scraper were turned off at the time of the accident. Another witness testified to the driver turning on the scraper’s lights before the police arrived at the scene. The jury sided with the plaintiffs, and found the farmhand guilty of negligence and tampering with the scene of the accident. The family was awarded  over $800,000 dollars in compensation. 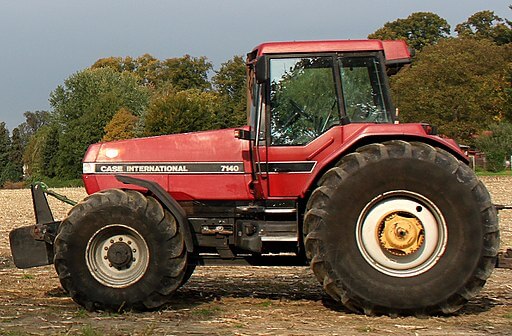 The type of tractor that was in the accident.

LutzBruno [CC BY 3.0], via Wikimedia Commons

Still have a question? Drop us a line.

A note about settlements


Settlement amounts can be misleading. Every case is unique and has different circumstances. You can’t base expectations for your settlement on another person’s case. An attorney will perform a investigation of your case and determine expected amounts from there.