The 2018 Winter Olympics in PyeongChang, South Korea kicks off with the opening ceremony on Friday, February 9th at 5:00am CST. The games are set to run 16 days until closing ceremonies on February 25th. 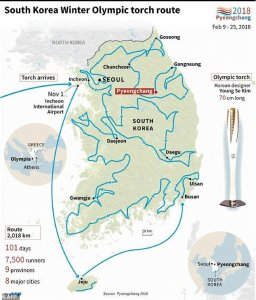 The games unofficially began with the torch relay that started in Greece on October 24, 2017. The relay entered South Korea on November 1, 2017. It will have lasted 101 days once it reaches PyeongChang. 7,500 torch bearers participated in the relay to represent the 75 million people of Korea.

The 2018 Winter Olympics will feature 102 events. It will be the first Winter Olympics to have over 100 medal events. Four new disciplines were introduced to the Winter Olympics in Pyeongchang. Big air snowboarding, mixed doubles curling, mass start speed skating, and mixed team alpine skiing join the 15 sporting events from previous Olympics.

A total of 95 teams have qualified at least one athlete. Of those teams, 92 are expected to compete. Six nations are scheduled to make their Winter Olympics debut. Kosovo, Ecuador, Nigeria, Eritrea, Malaysia, and Singapore enter their first Winter Olympics.

North and South Korea have reached an agreement to let North Korea’s qualified athletes across the demilitarized zone into South Korea to compete in the games. The two countries will march together in the opening ceremony under the Korean Unification Flag. The women’s ice hockey team will compete as a Unified Korea. In all other sports, there will be a North Korea team and a separate South Korea team.

The Russian Olympic team was banned by the International Olympic Committee after the Russian doping controversy. If individual athletes who qualified and can demonstrate they have complied with the IOC’s doping regulations, they may compete as “Olympic Athletes from Russia” (OAR) under a neutral flag and with the Olympic anthem played in any ceremony. It is still unclear how many athletes will be competing as OAR’s. 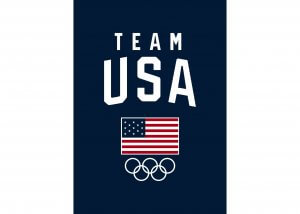 Some of the notable athletes to watch out for:

THE MEN’S BOBSLED TEAM
They won two medals in Sochi, one silver, one bronze.

NATHAN CHEN
Men’s singles figure skater heading to his first Olympics. He’s famous for competing with five different quad jumps, the only skater with such moves in his arsenal

ADAM RIPPON
A figure skating veteran at 28, Rippon made history simply by making the team. He’s the first openly gay American to qualify for the Winter Olympics.

MIRAI NIGASU
Figure skating. She is only the second American woman to land a triple axel in competition.

BRADIE TENNELL
Figure skater who stunningly skated her way past the competition at the 2018 National Championships, taking home the gold.

EVAN BATES & MADISON CHOCK
Ice dancers Bates and Chock have won two World Championship medals and will compete to add an Olympic one to their collection.

SHAUN WHITE
White has competed and excelled in three Olympic Games as a snowboarder.

JAMIE ANDERSON
In Sochi, Anderson won the gold medal in the slopestyle event — the first of its kind at the Olympics.

KIKKAN RANDALL
The cross-country skier, will compete at her fourth Olympic games in 2018 for the chance at her first medal.

LINDSEY VONN
Four time Olympian, returning to Alpine skiing after devasting injuries kept her out of the Sochi Olympics.

KELLY CLARK
The snowboarder ha been to every Olympics since 2002 and won a medal 3 times.

CHLOE KIM
This is the 17-year-old’s first time at the Olympics — and she’s a favorite to bring home a snowboarding medal.

BECCA & MATT HAMILTON
The curling siblings will compete not only with the men’s and women’s teams, but together in the mixed doubles competition.

How to Watch the Olympics 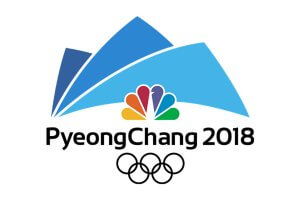 In the United States, the Games will be broadcasted by NBC.

The Olympic Games will be broadcast on various NBC networks.