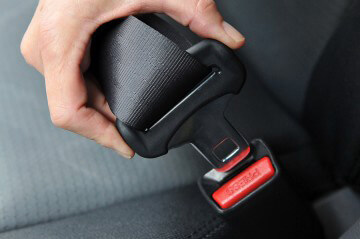 What is the Impact of Seat Belt Use?

The enforcement of seat belt laws tends to differ from state to state. Please note that many states listed as having secondary seat belt laws have primary laws for younger drivers and passengers.

Primary seat belt laws allow law enforcement officers to ticket a driver or passenger for not wearing a seat belt. No other traffic offense needs to take place to pull-over a vehicle.  Louisiana seat belt laws has the Primary law in place for seat belt infractions.

Secondary seat belt laws state that law enforcement officers may issue a ticket for not wearing a seat belt only when there is another citable traffic infraction.

What Does it Mean for Louisiana?

Traffic deaths in Louisiana have plummeted nearly 30%, in part because the simple act of fastening a safety belt has hit record levels. “All that equates to saving lives,” said John LeBlanc, executive director of the Louisiana Highway Safety Commission. LeBlanc noted that, in the early 1980s, only 12 percent of drivers complied with safety belt laws. Now the rate is 85.9 percent, an all-time high and just under the national average of 87 percent.

The article goes on to say: Even back seat riders are more safety conscious. When the Louisiana law passed in 2008 to mandate back seat usage less than one in three passengers — 27 percent — did so. Last year, the backseat buckle up rate was nearly 70 percent.

Not only is wearing a seat belt the law, it’s an act that could and does save lives. It doesn’t matter how old you are. It doesn’t matter where you’re traveling.  Your seat position in the car doesn’t matter. You should always buckle up! Seat belts are also the best defense against impaired, aggressive, and distracted drivers.

Car accidents can be very serious for victims.  If you’ve been seriously injured in an accident or have been harmed by someone else’s carelessness,  you should consult with Louisiana personal injury lawyer.

Personal injury laws in Louisiana allow injured victims to file civil lawsuits against people, companies or government entities whose acts or omissions cause harm. The Law Offices of L. Clayton Burgess is a personal injury firm. We are committed to representing those who have been seriously hurt or suffered a wrongful death in car accidents. We offer a FREE consultation for information regarding your case.